Search Site
Menu
Call to Schedule a Free Consultation. (501) 375-0900
Home / Blog / What Happens if You Are Arrested for Marijuana Possession in Arkansas?

What Happens if You Are Arrested for Marijuana Possession in Arkansas?

Like it or not, possession of marijuana is still illegal in Arkansas and there are substantial penalties, depending on whether you were holding the drug for personal use or for resale and whether you have a prior record. 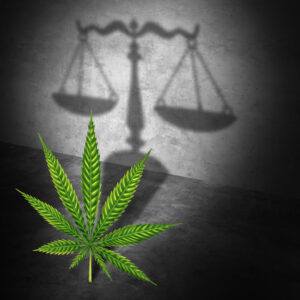 On the lowest end, possession of four ounces or less of marijuana is a misdemeanor, which can be punished by up to one year in jail plus a fine. However, a second conviction of possessing less than four ounces of the drug is a felony, which not only carries a higher penalty but also can have major repercussions for your daily life, including the loss of the right to vote, to own firearms and to practice many professional careers (such as the law).

Marijuana distribution and cultivation are treated more severely than possession. Anyone caught delivering marijuana in an amount greater than 14 grams can be charged with a felony. If you are caught with paraphernalia typically used for growing marijuana, that can also result in felony charges. However, if the paraphernalia is more closely associated with personal use, such as a bong or pipe, it may be considered a misdemeanor.

It is quite possible that in the near future Arkansas will join the national trend and decriminalize marijuana possession or make it downright legal. But until then, you do need to keep the consequences in mind if you choose to partake in this illegal activity.

The courts are not going to throw the book at every single person who is caught with a marijuana. In some cities, there is the added factor of resource limitation: prosecutors and courts are too busy with more serious crimes to devote much time to marijuana offenses.

That’s why plea deals are common way to dispose of marijuana possession charges. A skilled defense lawyer will negotiate with the prosecutor to reduce your charges or, if it is available, to get you into a diversion program that may result in no conviction at all so long as you stay clean and out of trouble.

Consult with our Little Rock lawyers at James Law Firm

Whether this is your first charge stemming from marijuana possession in Arkansas or you’re a repeat offender, James Law Firm in Little Rock is here to help. To learn about your rights and legal options, please call (501) 375-0900 or contact us online.