Arkansas has recently adopted a law prohibiting parole for people convicted of committing violent crimes while in possession of a gun. In view of the fact that Arkansas is one of the six states with the highest violent crime rates in the nation, the legislature included an emergency clause declaring that the new act is necessary for public health and safety and so should take effect immediately.

The new law applies to anyone who has been convicted of a violent felony while possessing a firearm, whether or not the weapon was actually used. Violent felonies are specifically defined in the Arkansas criminal code to include murder, kidnapping, aggravated robbery, residential burglary, terroristic acts, sexual assault, rape, domestic battery and other serious crimes involving the use of physical force. 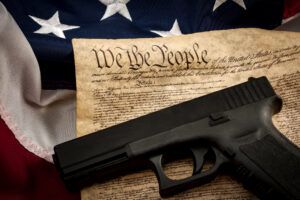 Violent criminal offenses carry substantial prison time. Since parole is now prohibited when guns are involved, convicted defendants will be required to serve the full prison terms for which they are sentenced. The length of incarceration increases with the seriousness of the crime, as follows:

Mounting a strong defense is crucial if you are facing charges for a violent crime involving a firearm. Besides the loss of your liberty for extensive length of time, there are numerous collateral consequences. For example, you may be disqualified from certain housing, lose your child custody rights and be ineligible for specific jobs or educational opportunities.

A skilled criminal defense attorney can assess your case and determine the best strategy to fight the charges against you. Defenses that can be raised for charges involving gun crimes include mistaken identity, insufficient evidence and lack of possession. Depending on the facts of your case, your attorney might also be able to argue successfully that the police performed an unconstitutional search and seizure or conducted an illegal traffic stop.

Located in Little Rock, James Law Firm is dedicated to providing high-quality representation to clients in Arkansas who have been charged with violent crimes involving firearms. Call (501) 375-0900 or contact us online for a free consultation.