Search Site
Menu
Call to Schedule a Free Consultation. (501) 375-0900
Home / Blog / How the “Stand Your Ground Law” Can Be a Defense to Criminal Charges 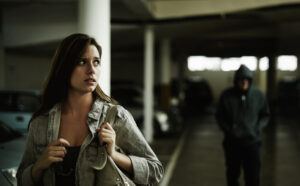 Arkansas, like many states, recognizes that private citizens ought to have a right to defend themselves and others against threats of harm by assailants, rather than retreating and waiting for the police. When an altercation results in injury or death to the assailant, the “stand your ground law” may be raised as a defense to criminal charges. However, there are limits on the right to do so.

Arkansas’ stand your ground law makes a distinction between the use of deadly and non-deadly force. You may use non-deadly physical force to defend yourself, your unborn child or other people from what you reasonably believe to be the imminent use of unlawful physical force, as long as you aren’t picking a fight or agreeing to an illegal fight. On the other hand, you may only use deadly force against someone who is engaged in a violent felony, is using unlawful deadly force or is threatening you with imminent harm or continuation of a pattern of domestic abuse.

The law places additional restrictions on standing your ground. You may use non-deadly force without retreating if all of the following are true:

You may use deadly force without retreating if, in addition to the foregoing requirements, the following are true:

Whether or not the force used was deadly by nature is frequently a point of contest when the stand your ground defense is raised.

If you are charged with murder or another violent crime in Arkansas in any of the circumstances outlined above, you need the assistance of a skilled lawyer who can raise this defense persuasively. Evidence to support your right not to retreat can take several forms. If someone witnessed the encounter or has other relevant knowledge, your attorney can call them to the stand to testify. If there is any physical evidence that supports your case, such as a videotape, your attorney can introduce it into evidence. If there are no witnesses or other admissible evidence that can prove your right not to retreat, your own testimony may suffice if deemed credible by the jury.

Located in Little Rock, James Law Firm is dedicated to providing effective defense for Arkansans accused of violent crime. Call (501) 375-0900 or contact us online for a free consultation.