The recent case of a Hot Springs husband and wife shows the severity of the mandatory minimum penalties that federal law imposes for drug trafficking — the manufacture, transportation or distribution of controlled substances. The case also shows that drug possession alone can amount to trafficking in certain circumstances.

Law enforcement officers executing a search warrant at the home of Steven Zuber and his wife Tammy Lent found multiple firearms, digital scales, $14,000 in cash and a variety of drugs, including more than 100 grams of methamphetamine. The pair were indicted by a federal grand jury and pleaded guilty. In April 2021, Zuber was sentenced to 18 years in prison on one count of conspiracy to distribute meth and one count of possessing a firearm in furtherance of a drug trafficking crime. Lent drew 10 years in prison on one count of distribution of meth. 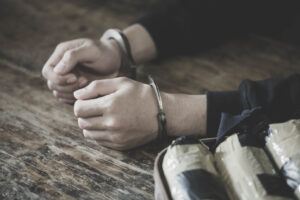 The lengths of these sentences were based on the federal Controlled Substances Act. The law groups drugs into classifications, known as schedules, that determine the seriousness of the penalties for violations. Here are some examples of the drugs that are on each schedule:

In the Zuber and Lent case, multiple types of drugs were found at the house but the 100-gram quantity of meth, a Schedule 2 drug, was the key to the long sentences. Under the Controlled Substances Act, a person convicted of possessing 50 grams or more of meth with intent to distribute must be sentenced to a minimum of 10 years in prison. The presence of scales, cash and other evidence showed that the couple intended to distribute the meth. So Zuber and Lent each received the mandatory minimum of 10 years. Zuber’s sentence was longer due to his guilty plea to the firearm charge.

The harsh sentences in this case are a stark reminder that anyone accused of a drug crime should seek out a capable criminal defense lawyer right away. If you end up being convicted, you could very well face a mandatory minimum sentence of several years in prison, even on possessory charges.

James Law Firm is one of Little Rock’s largest and most versatile criminal defense firms. Call (501) 375-0900 or contact us online to schedule a free attorney consultation. Hablamos español.