Hate Crime Legislation is in Progress in Arkansas

Arkansas is one of only three states that do not have a hate crime law on the books, but that soon may change. On November 16, 2020, a group of legislators introduced a bipartisan bill that would increase prison sentences where crimes are proven to have a discriminatory motive.

The move came three months after Governor Asa Hutchins proposed a statewide hate crime law with bipartisan support in the legislature and with the support of Attorney General Leslie Rutledge. (Little Rock enacted a municipal hate crime law in June.) 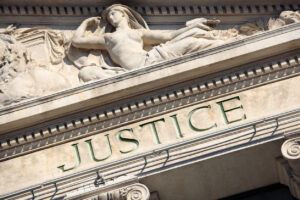 The proposed law provides for enhanced sentencing for offenses committed because of a victim’s race, color, religion, ethnicity, ancestry, national origin, homelessness, gender identity, sexual orientation, sex, disability or service in United States Armed Forces. Under the new bill, sentences could be increased up to 20 percent.

Being arrested and charged with a crime subject to sentence enhancement underscores the need to seek the help of an aggressive criminal lawyer who can protect your rights and make the government follow the law.

Remember, being charged with a crime does not mean you are guilty. The prosecutor will still have to prove all the elements of the crime beyond a reasonable doubt. As experienced Arkansas criminal lawyers, we will hold the prosecutor to that standard.

We obtain all police reports, witness statements and forensic evidence pertaining to your case. If appropriate, we will conduct our own investigation. We will make sure the police and prosecutors follow their own procedures and, if they don’t, we will bring that to the court’s attention and move to get charges dismissed or reduced.

If you have an alibi for the crime you are being charged with, we’ll attempt to prove it. If you were exercising your right to self-defense or were protecting an innocent third party, we’ll muster proof and show it to the police and prosecutor. Moreover, we will make the strongest case possible that you were not harboring any discriminatory motive in the course of your actions.

We will be by your side during the entire process and be your most vocal advocate. Although we always are prepared to go to trial, many cases can be resolved by plea bargains. We will enter into plea negotiations with a prosecutor only with your agreement and from a position of strength.

James Law Firm represents clients in the Little Rock area and throughout Arkansas who have been accused of any crime. To learn about your rights and legal options, please call (501) 375-0900 or contact us online.