Arkansas is suffering an unprecedented increase in commission of violent crimes. In 2020, they reached their highest level since the late 1980s, exceeding the national rate for the 16th straight year. Although various root causes have been suggested, the numbers show that Arkansas law enforcement is acting aggressively to prosecute such offenses.

According to recently released FBI statistics, violent crimes in Arkansas rose by 15.6 percent from 2019 to 2020, compared to a national increase of 5.2 percent. In addition, the state homicide rate was up 36 over the same period, continuing a steady rise that began in 2010. While some experts point to pandemic-related social and economic changes as causes of the nationwide spike in violent crime, local experts suggest that population growth in small cities like Conway and Jacksonville might be a factor contributing to the increase in state numbers. 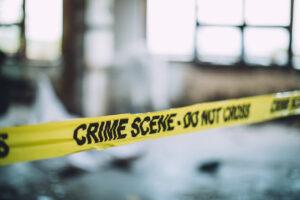 Violent crimes are felonies that involve using or threatening to use physical force against another person. In Arkansas, they include the following offenses:

In addition to prison time and probation, a defendant convicted of a felony can also face substantial monetary fines.

If you’ve been arrested and charged with a violent crime in Arkansas, it’s crucial to have the representation of a defense attorney experienced in these cases. There are several defenses that may be raised, such as that the defendant was acting in self-defense or under duress. Other possible defenses include mistaken identity and involuntary intoxication.

Located in Little Rock, James Law Firm is committed to providing high-quality legal services and aggressive advocacy for anyone facing criminal charges in Arkansas. Call (501) 375-0900 or contact us online for a free consultation.