A bill under consideration in the Arkansas legislature could change how the state’s criminal courts handle bail in many cases. If the measure is enacted, individuals charged with most misdemeanor offenses could become eligible to remain free simply by promising they will appear on their scheduled hearing dates, without having to post a bond. This system of personal recognizance is commonly referred to as “cashless bail.”

The bill, HB1618, was introduced in response to widespread criticism of cash bail as discriminatory against low-income defendants. Many people charged with minor, nonviolent offenses may remain in jail simply for lack of financial means, while wealthier defendants charged with the same offenses go free. 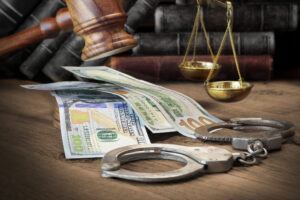 The bill provides that, in eligible cases, an arresting officer could issue an electronic or written citation stating the alleged offense and giving the time and location of the person’s court date. In place of posting a cash bond, the defendant would sign or electronically acknowledge the citation, indicating their obligation to appear in court.

However, people charged with misdemeanor offenses involving violence or a high degree of recklessness would still be required to post bail. The pending bill declares these crimes exempt from release on recognizance:

Until the bill becomes law, individuals arrested on misdemeanor charges in Arkansas may be required to post cash bail or bonds to secure their release while awaiting trial. After an arrest, the law entitles you to a hearing, at which point you or your attorney can request bail. A bail bond company is an available option for people who cannot afford the entire bail amount set by the court. Bond companies charge an average fee equal to 10 percent of the total bail amount.

If you have been charged with a crime in Arkansas, the James Law Firm in Little Rock is ready to assist. We will takes immediate step to secure your release from custody. We will then thoroughly analyze your case and prepare the strongest defense possible. Call our office at (501) 375-0900 or contact us online to schedule a free attorney consultation. Hablamos español.