A law approved by Arkansas Gov. Asa Hutchinson in April and set to take effect at the end of July is aimed at preventing state and local law enforcement officers from enforcing new and future federal gun laws that “infringe on the people’s right to keep and bear arms.”

Under the new law, House Bill 1957, several types of federal laws enacted after January 1, 2021 would be considered void in Arkansas, including: 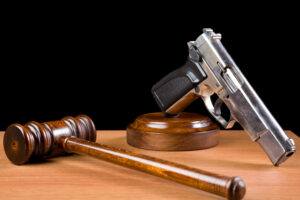 The Arkansas bill is similar to those under consideration in other Republican-controlled states that attempt to preemptively nullify federal gun control measures that the Biden administration might pursue.

Supporters of the nullification efforts compare them to state laws concerning marijuana regulation. Many states have legalized medical and/or recreational marijuana, despite federal laws that criminalize possession. The gun measures work in reverse, making gun regulations void at the state level while they remain in effect at the federal level.

It seems likely that lawsuits challenging the law will be filed either before or after the law goes into effect. If that happens, the fate of the measure may remain uncertain for years as challenges wind their way through the courts. Until the state law’s validity is fully confirmed, federal gun laws carrying serious penalties will remain enforceable in Arkansas.

If you have been charged with a weapons crime in Arkansas, get in touch with the James Law Firm as soon as possible. We will thoroughly analyze your case and prepare the strongest defense possible. Call our Little Rock office at (501) 375-0900 or contact us online to schedule a free attorney consultation. Hablamos español.